Creme Brulee is a French dessert which consist of a rich custard base topped with contrasting layer of hard caramel. Hard Caramel can be made by sprinkling sugar on top of the Custard  and using a blow torch the sugar is caramelized. Creme Brulee can be made in different  flavors such as Vanilla , Lavender , Chocolate , Cinnamon , Coffee , Hazelnut and Coconut .

Creme Brulee was chosen for this month's challenge on Baking Eggless Group . Vimala Lakshmi of Cooking Club Suggested this recipe . Normally the members of Eggless Group have to replace eggs with some ingredient. This time we , the members have to replace eggs on custard .So i chose Corn flour instead of eggs. Brulee turned out to be perfect and Creamy .The Crust on top was the other task. Without a blow torch it was quite difficult to get a Hard Caramel. 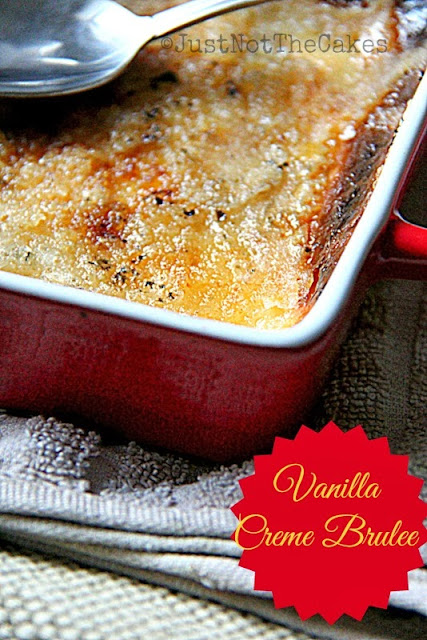 It took soo long for the sugar on top of the Custard to get caramelized. The sides got caramelized so quickly. So i have to find a different way to caramelize the sugar  , when i make brulee the next time .

Sugar - To Caramelize on Top 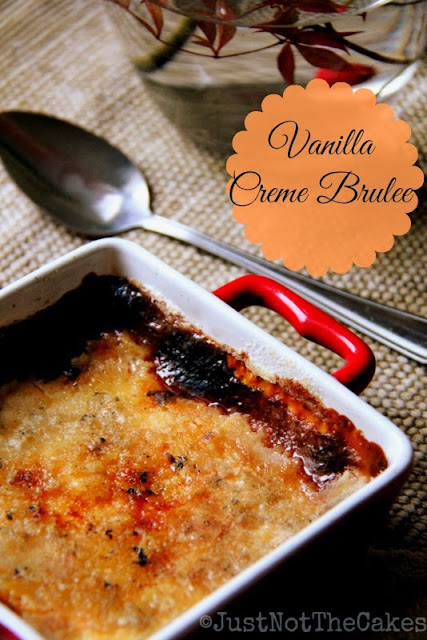 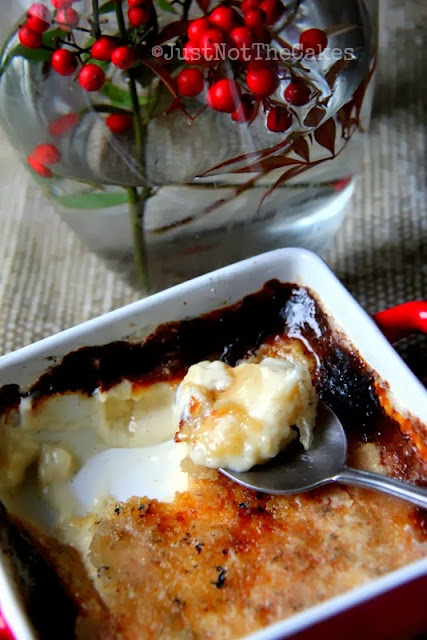 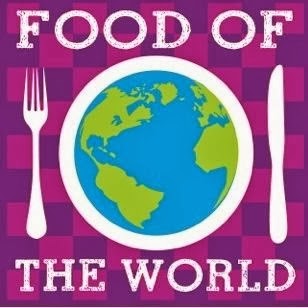